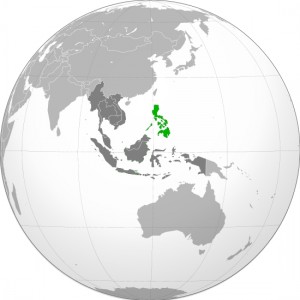 The Philippines are an archipelago in Southeast Asia. The archipelago consists of more than 7,000 islands. The nature is un spoilt and it has hardly been discovered by tourism. The Philippines has different sides. In addition to beautiful beaches, pristine jungle and a warm population, including poverty and great wealth. More than 33% of the population live below the poverty line.

The Portuguese Magalhãen reached in 1521 as the first European islands and in 1571 occupied the Spaniard Legazpi: Manila. Gradually cthe Spaniards conquered, in the name of Philip II, most of the archipelago and they named the land to him. More than three centuries later called the Philippines on June 12, 1898, its independence, but by the war, who lost the US Spain, the Philippines came under American administration.

During the Japanese occupation in World War II most of the physical infrastructure was destroyed. With US help the island kingdom was released and on July 4, 1946 Manuel Roxas y Acuna became the first president of the new Republic of the Philippines.

The most obvious cultural memory from the pre-colonial period are very impressive rice terraces of the hill tribes of northern Luzon. In contemporary Filipino culture can recognize many colonial influences from the more than three centuries of Spanish rule, and half a century of American domination. In today’s music is still clearly the American influence felt.

Typical of the Spanish era, the massive, colonial churches with a rather robust architecture, also known as “earthquake baroque”. In the southern, Islamic mosques areas are the most striking cultural elements.

In 1992, former General Fidel Ramos was elected president. He restored peace and order in society. Ramos was succeeded in 1998 by Joseph Ejercito Estrada, but in January 2001 forced major popular uprisings ( “People Power II”) him to resign. He is now in custody, while a process is running against him for embezzlement.

His successor, Gloria Macapagal-Arroyo is trying to get the economy going again, but experiencing it, by corruption and internal opposition, a lot of resistance at. They also are accused of manipulation and abuse of power, but its government has managed to survive several attempts coup.

The Philippines consist of over 7,000 islands and covers a total area of 300.00 km2, which is about 8 times larger than the Netherlands. The main part is occupied by the island of Luzon, where the capital Manila is located. Another big island of Mindanao, located in the south of the archipelago.

The Philippines are located on two different plates, so it is in the “ring of fire” and there is considerable volcanic activity and earthquakes.

The Philippines declared, after four centuries of Spanish rule, independent on June 12, 1898. Although this date is celebrated as national independence, the islands came under American rule. It was not until July 4, 1946 until independence was truly born.

Congress is the legislature and consists of two chambers: a Senate with 24 members and a House of Representatives. Of these, 204 members elected in direct elections and 50 members representing social groups, be appointed.

The country, with a structure of 79 provinces and hundreds of islands, it is difficult to control. Each province has an elected governor. One of the biggest problems, where the government is struggling with is the political and social unrest. Certain critical areas where guerrillas are active, you as a tourist should avoid. (Particularly applicable to the southern parts of the archipelago. (Parts of Mindanao and the Sulu Archipelago).

The Philippine archipelago offers plenty of opportunities to meet an adventurous journey. The islands are easily accessible by boat and plane, and are still in pristine nature and white sandy beaches.
The population is very warm and open to tourists increasing. Everyone will help you. The Filipino cuisine is a mix of Asian and Spanish influences and generally not spicy, often adventurous.

The Philippines have a tropical climate and temperature all year is around 30 degrees Celsius. The rainy season begins in June and runs until about October. The Philippines are often hit by typhoons. The typhoons annually bring great harm. 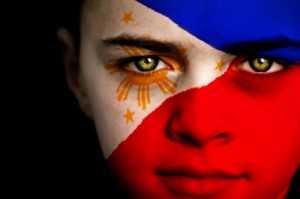